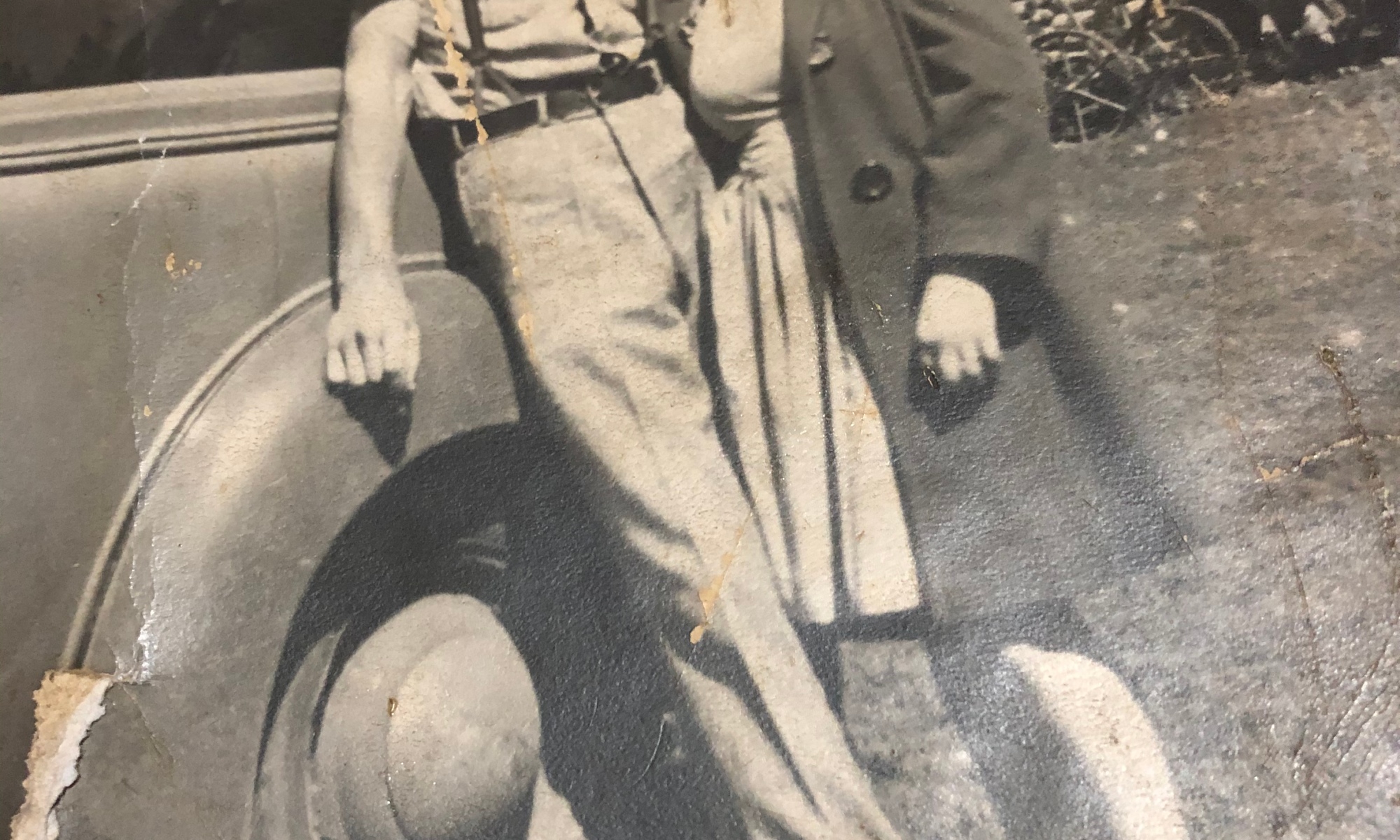 The most profound thing that happened to me in 2019 was the passing of my beautiful, sweet and tough little Grandma Maloa. 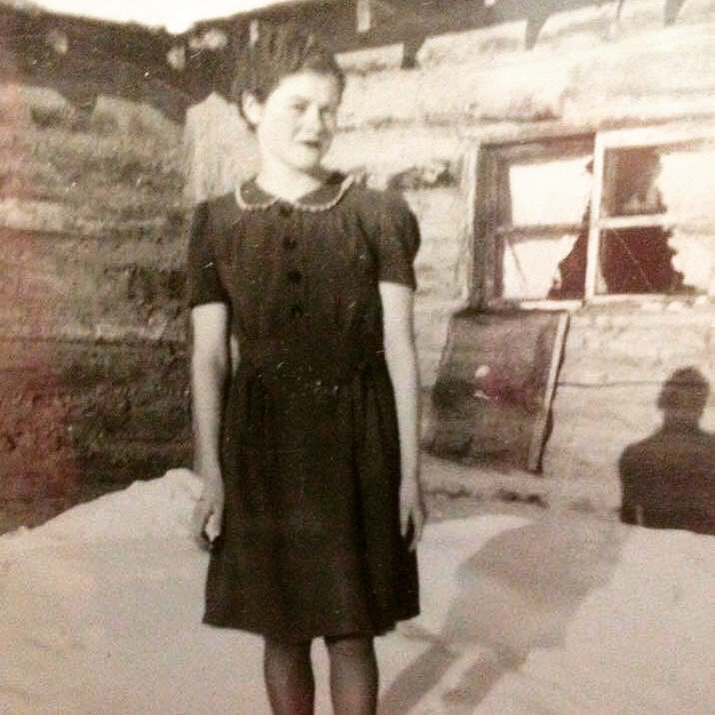 It happened in November but is still sinking in. I wrote the very next day after she passed the tribute that follows and now as the year ends I write again. It made its mark and will impact my journey into this new year.

My most amazing Maloa passed away in the wee hours of the morning at 90 years young…. the very next day after we had a great visit with her hugging and loving. She had been ready for years and would often very sweetly say she was ready to go. The past 3 weeks had shown a serious progression of Lymphoma and she was growing weary… more ready than ever before. So last night was grace lifting her up to the heavens so she could be with Grandpa George, Ricki and I figure most likely Buddy. Grandpa was probably singing “blue eyes crying in the rain”, Ricky was probably just beaming with joy to see his mother, Buddy would just be barking. Maybe my great grandma Mary would be there too giving George heck … she been dealing with him all on her own a long time. All of her breaths were easy, quiet and strong right up till the last one. Rest easy grandma… I am glad that body of your finally let you go. I will forever in my heart remember how our visits made me feel grounded, humble and without a doubt so very lucky to have known you. The rainbow photo… she took it with an old fashioned camera and had the print on her table for years.

I held my 90 year old grandmas hand as she took her last breath. She had Lymphoma which was getting worse week to week. She had been ready to “go” for years but especially ready in the past 3 to 4 weeks. On this Sunday night she had been found unresponsive at 8:30 pm. in the nursing home and ambulanced to hospital shortly after.

I sat in a chair by her bed and moved about but mostly I rested my head on the pillow beside her and caressed her hair. Her eyes were closed, she never stirred and all she did was breathe. Mostly she was breathing fast and then she would catch her breath and let out a sigh. Occasionally she would hardly breathe at all but then she would start again. It was peaceful and I was very quiet.

The day before myself, my four boys and my exhusband had been to see her. She was sitting in the TV room at her nursing home. She was tired and confused for a moment, no different than usual but she came around. To keep the crowd stimulated I had brought a history book filled with stories written by her sisters and other homesteaders from the area that she was raised. Ever so often she would pipe up…..”I drove the little bus” she would say, when I told the boys that the family had supplemented farm income by driving bus.

She fished out the candies from her walker cubby and handed them out. We all walked to her room together and gathered around her bed. Talking some more, loving her more, taking her in some more.

We left with hugs. One man hug, four little man hugs and then me. I had learned in the past 3 months to hold her when I hugged her. One time I had put my arm around her as I sat beside her and she fell into me letting her head drop on my shoulder. It changed things for me to realize her vulnerability and to watch her surrender after a lifetime of being a sweet but tough farm woman.

We left not realizing it would be the last visit. The boys had been stirred and the reluctance to visit because it was boring fell away. They made the decision to come weekly and even my boy most resistant to anything slow had agreed.

In the hospital we were mostly in emergency but the nurses and staff turned the lights down AND it was quiet and comfortable. My dad was out of country, my uncle had come but was exhausted from another family situation and decided to come back in the morning. I was pretty sure morning was not going to come and I stayed. My auntie would later say it was God’s plan that I be there.

Shortly after midnight we moved to a room. They rolled Grandmas bed and I followed. She took breaths and I watched and wondered many things. I was mostly afraid that she would live in this state unresponsive and suffer. Her face was so hard like a rock all on the one side and partially on the other side. From week to week it was growing and on this particular week it had pushed up and was forcing one of her eyes closed.

The nurses settled her into her new bed.They got me a comfy chair and offered me pyjamas. They were making me comfortable and had done the same for grandma – wetting her mouth and cutting away some of her uncomfortable clothes. I made a tea Red Rose which had been grandma’s favourite. I hadn’t had one in years and it seemed fitting.

We were settled into the new room and after a quick chat with the nurse I realized the time was coming. The chair while tempting did not allow me the closeness I had felt with my head on her pillow in the other bed and they had put her on her side which was facing away from me and so I stood. I stood intermittently sipping my tea but mostly caressing her hair and stroking her from her shoulder down her arm and at the bottom I would squeeze her little fist. She was bundled in blankets and looked small but rested and ready.

I didn’t talk a lot over the course of time other than “i love you” and “you are so brave” and even “look at you… even as you go you are so strong and full of grace” but in these last moments I felt more words coming as reassurance. “It’s ok to go”, “we love you”, “you did good, you were an amazing woman, mother and grandma”, and I found myself saying “take her Grandpa, take her Ricki, she is ready”. I can’t say I felt them but I know they were on the other side.

Grandma had always and often told me that she was not afraid to die. She had died once before and it “wasn’t so bad” (she had… it was true). And so in that way we were both ready to see her go.

I was completely present and I watched her last breaths. They were never hard but it was clear the last one was coming for the dozen or so leading to that very last exhale. Exhale and pause, the pause a little bit too long and then a breath in but never gasping until that final breath out. In that last breath I knew and it truly was a long peaceful moment. I called the nurse and she confirmed.

I had one big cry crumpled over her before I went home. I let my dad and uncle know so they could call the family. It was ominous but I knew she was no longer in that room and so I left quite quickly.

I felt incredible peace knowing her well and knowing how long she had been ready for this. I was relieved that she had left before her body brought so much more pain. A week earlier she had reminded me that her and my Grandpa’s anniversary was on November 23. a date I never really knew and so maybe she knew and was getting ready to fall into his arms on that day…. she did make it in time.💛

I took the next day off work but that is all. My life does not allow for much time and reflecting. I moved quickly back into my routine of busy, busy, busy life with kids and running between work, my ex husbands house and the kids activities.

I did however feel a renewal of purpose and a very deep sense that it was time to grow up and accept. Something about seeing my grandma who had lived a very simple life made me wonder about all of my longings and impatience. I found myself wondering “what do I actually think this life is all about” and “what makes me think I am so special that I should be constantly striving for more when at the end of the day I will take my last breaths with not much more than the clothes on my back.”

I know that this life is to be embraced and I know that it is human nature to be living in it. I understand that my grandma would never say “live your life as though you are going to die” but I do believe she would say “live your life in acceptance of what is IN your life” and so while I can not help but strive because it is in my nature I do feel an acceptance. AND I feel tired of trying so damned hard.

My 2020 goal is to settle more and more into who I am. I wish for you to settle someways into who you are. Life is never going to be particularly easy but it also is not really all that hard…. we just breathe until we don’t. 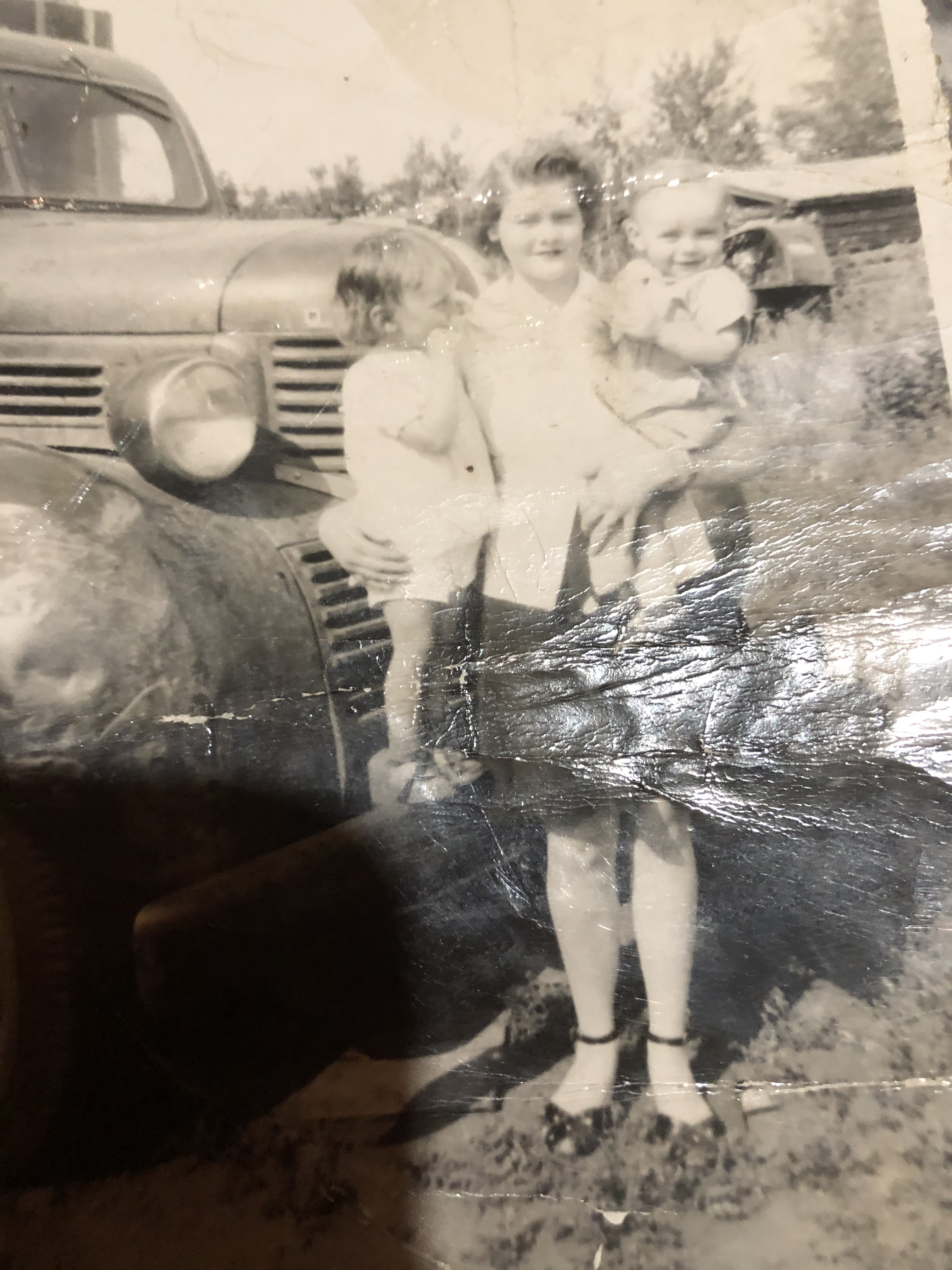 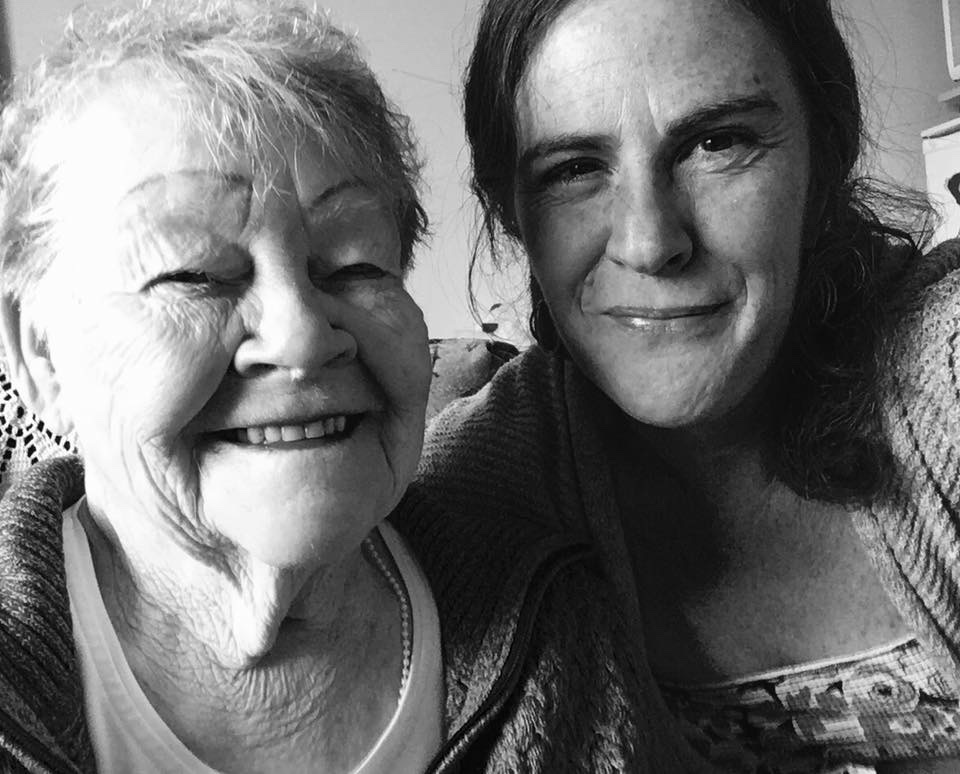 Did You Read Something Share-worthy?